Consumption of potash extract is traditionally used for suppression of male sexual desire and as a fertility control method even before the emergence of modern contraceptives. This research was aimed at determining potash extract’s role in suppression of male sexual desire. Four groups of virgin Wister rats were formed of which three groups were given different doses of potash extract and the fourth group as control. They were monitored for sexual desire with CCTV cameras and were sacrificed after 28 days. Serum testosterone and estrogen levels were assayed and sperm analysis was carried out. Data were analyzed using SPSS version 19 Statistical Software. A p<0.05 was considered as significant. Findings showed that higher doses of this potash extract (500 mg/kg and 1,000 mg/kg) stimulated more sexual desire, evidenced by increased duration of mounting. However, Serum testosterone and estrogen levels as proxy markers of sexual desire were found low in a dose dependent manner and with narrow margin of effects. The study showed no statistically significant difference between the control group and different treatment groups of potash extract on parameters of sperm analysis.

PlumX Metrics provide insights into the ways people interact with individual pieces of research output (articles, conference proceedings, book chapters, and many more) in the online environment. Examples include, when research is mentioned in the news or is tweeted about. Collectively known as PlumX Metrics, these metrics are divided into five categories to help make sense of the huge amounts of data involved and to enable analysis by comparing like with like. 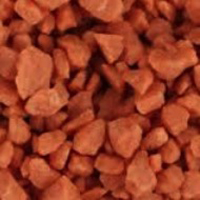 This work is licensed under a Creative Commons Attribution-NonCommercial 4.0 International License.

Most read articles by the same author(s)

is a multidisciplinary medical journal published by the College of Medical Sciences, Abubakar Tafawa Balewa University, Bauchi, Nigeria and it is published online by PAGEPress®, Pavia, Italy.